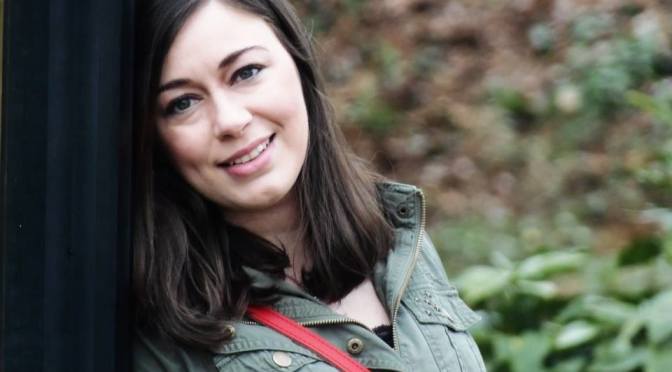 We’re back for our (what we hope to be) weekly Cosplay Spotlight post.

We let 5 cosplayers tell you a bit more about why they cosplay and why the pick the characters they do. We hope you’ve been enjoying the series so far, if you’d like to take part details of how to do so can be found at the end of this post.

That’s it for the introduction, we’ll let the cosplayers do the talking from here: 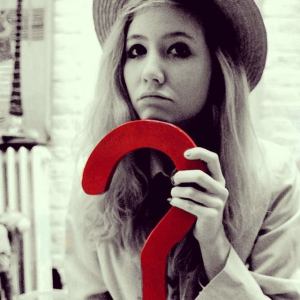 I’m a French cosplayer and fan of Doctor Who. What I love about the show is the many possibilities of so many scenarios and situations, and as an art student: the creativity of it.

In France the Doctor Who Classics are not as popular as in United Kingdom but I’ve chose to cosplay myself as The Seventh Doctor anyway, because for me he is the best Doctor ever & the most misunderstood. I think I like him because he’s a bit like me (funny and pacifist), and look at his costume: it’s complete madness!

I tried to feminize, modernize the costume and add a ‘sexy part’ in it, that’s why I choose tartan leggings and Underground Creepers for shoes. The sweater and the scarf are both from Lovarzi, the coat belongs to my mum, the hat is my brother one, for the necktie –instead of the red H&M one that you can see on the pics – now it’s a vintage Chanel one from the 50’s that my best friend, Tania, has found in a Vintage Shop and who looks at 98% like the real Seventh’s, and finally I recently got the question mark umbrella as a Christmas gift, handmade by Tania herself, to complete the cosplay, it was such a wonderful present, I’m still so excited about it as if I had opened it two minutes ago, it’s just perfect !

The best memory I have with this costume was when I’ve met Sylvester McCoy at the 50th Anniversary Convention in ExCeL London, he was walking back to his autograph table, I called him, he turned back & he said: ‘Oh! You look very nice!’ Well… The Seventh Doctor HIMSELF told me this! The happiest memory ever :’)

In the future I hope I’ll be able to cosplay Ace, because she’s the best Seventh’s companion according to me and a truly inspiring role model!

I fell in love with the show Doctor Who back in July 2012. I was quite clueless about the program. I’m a comic book reader, so I would hear the name in my peripheral, but I had no idea what it was about really. I started with The 9th Doctor. As I steamed rolled through the New Who, I was researching about Classic Who, falling more and more in love with the mythos and ethos of the show.

Personally, I Cosplay as the 4th Doctor because retrospectively, I watched his run and thought it was brilliant. In addition, his wardrobe fits my demeanour and life style. I wear this outfit and other variations of his costume at bars, lounges, and night clubs throughout Houston, Texas. People are quite disappointed when I don’t wear the scarf.

I experienced a deep joy when the 11th Doctor appeared for the first time in his tweed jacket, suspenders, bow tie and action-y boots, which is entirely my style. I feel a deep connection to this Doctor’s personality. I honestly wish I had him as a best friend. I love this particular doctor’s eccentricity and quirky aspects, along with his almost innocent behaviour. I don’t know exactly how to put it into words, but we have very similar personalities. Plus, I am an extremely awkward and clumsy person in the same ways that this particular Doctor is.

His style, along with his personality, is rather versatile too. It is smart and sophisticated yet youthful and adventurous all at the same time. His clothing is completely him, just as he is completely himself. One out of about a million reasons why I value The Doctor as a brilliant role model, is because he is incredibly and completely himself. He is blunt yet logical, compassionate and enthusiastic. Optimistic for new opportunities. He is extremely intelligent and has a delightful sense of hilarity. I think that The Doctor nicely balances a rather lovely peculiar quirk.

I love The Doctor because he sees the potential in everyone. He loves life. As I mentioned before, he is utterly himself with no exceptions. No matter what new attributes each actor brings to this role, within each incarnation you can find this same aspect at the core of The Doctor. The Doctor is such a unique hero in so many special ways! I don’t think you could ever find another hero quite like him. He refuses to use guns, and he is constantly teaching others that they are better than violence. That only you can determine who you are and only you can change that. He teaches that you shouldn’t just sit around your whole life and wait for things to happen to you, you go out there and make them happen yourself! You make a stand! You summon up the courage to do what’s right, even when others run away. These are some of the many, many reasons why I absolutely adore the show Doctor Who and the characters within it.

Even though the 10th Doctor remains to be my all-time favourite Doctor, I have a special place in my heart for this raggedy man. I discovered that overall, cosplaying him seems to fit me more than my cosplay as the 10th Doctor, appearance wise, costume wise, and personality wise. I have connected with Matt Smith’s doctor in ways that I can’t even describe.

I’m one of those people who fell in love fast and hard with Doctor Who but yet surprisingly did not cosplay from it until 2013. I honestly think my soul was still absorbing it in other ways before I could express my love through this creative outlet. When you binge watch so many seasons of something SO fantastic and then find yourself stuck waiting with all the others for new episodes, suddenly creativity is born from necessity! It’s as if… If I didn’t get a Doctor Who fix and FAST, I was going to pop.

My choice of Amy came about for a few reasons. She isn’t my favourite individual companion (Donna has my heart; cosplay coming soon!), but she is from the era of my favourite episodes starring my favourite family: The Ponds. I couldn’t get enough of them if I tried. I adore her personality within this group dynamic. She stands out as sassy, intelligent, flirty, kind, and so much more. Amy is the one who wouldn’t let a sad star whale or a lonely Time Lord cry or let her husband or daughter go one second without knowing they’re loved. Seeing Amy develop from a little girl praying to Santa into a woman with a child whom she coped with losing, a complicated Time Lord for a son-in-law, and a relationship that she would go to the ends of any universe to make the best really inspired me. I was once a little girl who dreamed of fantastical, impossible things and now I’m a woman discovering who she is and along the way I’ve even met my own Rory.

My fiancé is another large reason why I cosplay Amy. We got into Doctor Who together and it surprised me when he admitted that Amy and Rory had taken the #1 spot in his heart for “Favourite Sci-Fi Couple”. They replaced Zoe and Wash from Firefly so that’s saying something! He is everything a bossy redhead could want in a man, just like Rory. Loyal, loving, brave, intelligent, sometimes quiet but always worth listening to; I could go on for days. The chance to do a couples’ cosplay with him as sent me into overdrive to finish our first two costumes (The Impossible Astronaut and The Angels Take Manhattan). When he proposed we set our wedding date (at which time I will even become “Mrs Williams”) for June 26th, 2015; Amy and Rory’s 5thwedding anniversary. I guess you could say we ran away with the idea and we’ve been running ever since.

I’m in it for the jelly babies! So it’s probably just as well that I look a bit like Tom Baker when I grow my hair out; yes, it’s all my own, teeth too. I suppose I’m also in it for that rare chance that life throws up only very occasionally to step through the looking glass to a place where the bizarre-o-meter is always set to overload. It’s absurd, it’s crazy, it’s laughable, yes, but it’s also wonderfully entertaining to be the fourth Doctor.

Besides, speaking as the father of a 10 year old boy, it’s an absolute gift to look just like a children’s TV hero. How could any parent squander an opportunity like that? So, fellow cosplay Doctors, companions and monsters (splendid fellows, all of you) you’re stuck with me for the next few years; at least until my son gets too embarrassed to be seen with me. Anyway, as oft quoted, ‘What’s the point of being grown up if you can’t be childish sometimes?’

Back to Part 2
Onwards to Part 4

3 thoughts on “The Cosplay Spotlight – Part 3”