As you know here at Doctor-Who-Cosplay.com we love receiving you cosplay pictures. Every so often we get sent photoshoots of one character and on occassion rather than post them over the course of a few weeks we make them into thier own album.

That’s exactly what we’ve done with Gwendolyns pictures of her a Susan Foreman.

But that’s enough from us, here’s Gwendolyn in her own words on the pictures:

“Recently several people (via the Internet) have remarked on how much I resemble Susan Foreman and how I could do a wonderfully accurate cosplay of her. I truly don’t see it. This is a huge compliment for me, seeing as Carole Ann Ford is utterly gorgeous in my opinion.

Consequently, I went through my wardrobe and easily put together this outfit influenced by one that she wears sporadically through the time that she travels alongside her grandfather. This is probably my favorite outfit of hers, but I love them all. This isn’t the best cosplay, but I tried to make it accurate enough for a quick photo shoot. 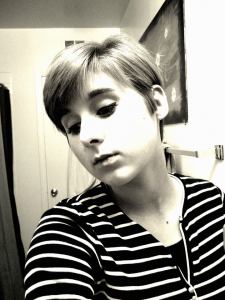 Obviously, I don’t possess Susan’s dark hair, but I tried my best to match the style that she wears it. Next time I think that I will tease it and curl it a lot more than I did, but you get the idea.”

Gwendolyn has also done a blog post about imitiating Susans style, click here to give it a read.